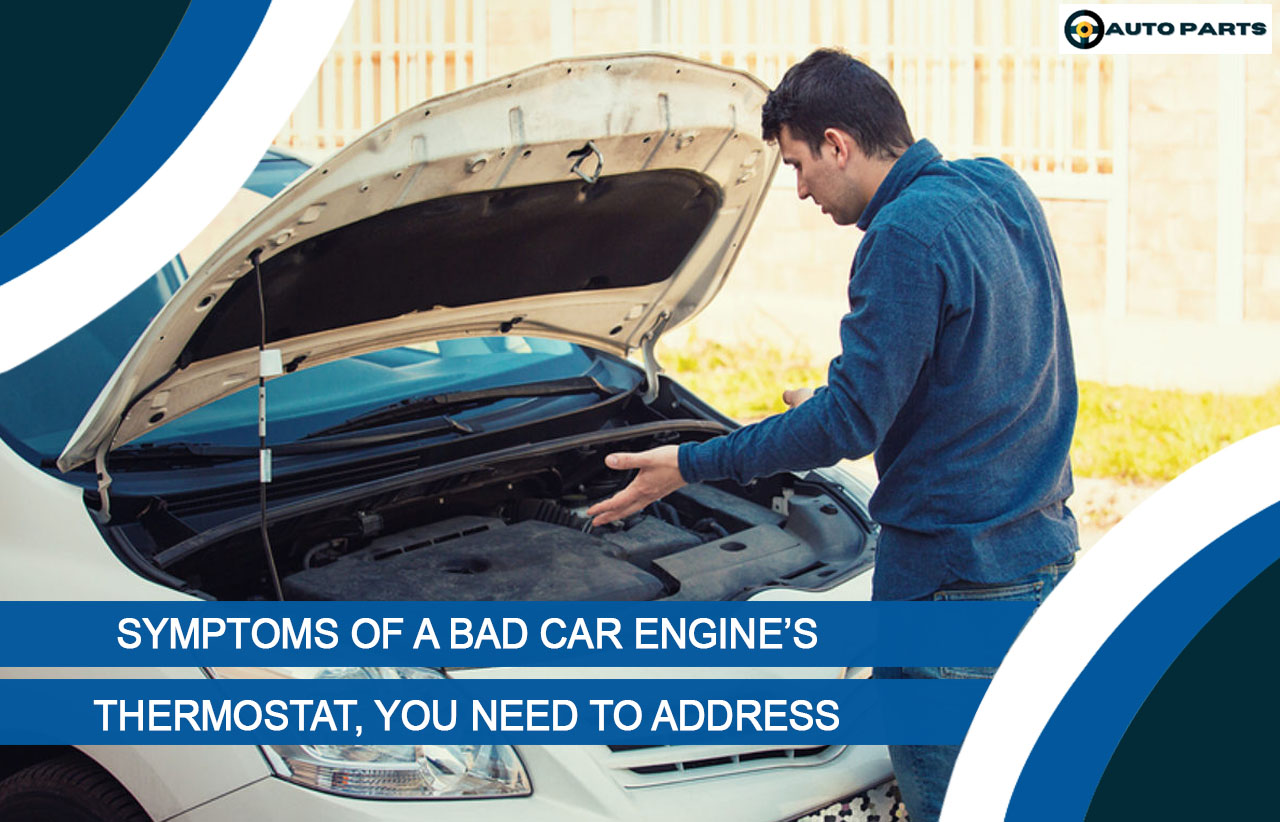 Your engine thermostat ensures that it reaches operating temperature as quickly as feasible. Here’s how to detect if your thermostat needs to be replaced and how much it will cost.

The most typical symptoms, as well as the location and cost of a thermostat replacement of a faulty thermostat car, are covered in this article. Let’s start with a quick rundown of the warning flags to look for.

Symptoms of a Bad Thermostat

The symptoms give you a heads-up so you can take the appropriate safeguards. Here’s a more in-depth look at the five most prevalent signs of a faulty thermostat car.

The engine’s coolant cannot reach the radiator and, as a result, cannot cool down if the thermostat remains closed. This will cause the engine to overheat, as shown by an escalating temperature indicator in the ticker on your dashboard, and you will be unable to drive for more than 10 minutes until it overheats again.

As a result, a sudden increase in temperature necessitates a visit to your local mechanic to diagnose and check the thermostat.

To guarantee that the engine receives the coolant at the correct temperature, the thermostat gate must be precisely timed. The engine temperature will fluctuate if the timing is incorrect, and the temperature gauge will behave oddly.

The coolant raises the temperature within your vehicle. As a result, if the thermostat fails to maintain a constant temperature in the car’s engine, you may see temperature changes inside the heater.

It’s definitely time to examine the thermostat if both your temperature gauge and the heat inside the car change.

Leakage and steam from engine

Because of the excessive pressure, the hot coolant in the engine coolant chamber will find a way to escape if the thermostat is not working properly. We all know that hot air rises and that when water heats up, it boils and generates steam.

When the coolant heats up and the pressure builds up to a dangerous level, it might attack the weak places and produce a leak. The coolant in the radiator tank is frequently squeezed out.

Leaks are easy to spot because they are visible and frequently appear as white steam smoke.

If the temperature gauge rises and the radiator tank fills with water, the thermostat is most likely malfunctioning. An increasing coolant level could indicate that the vehicle is about to overheat.

Some cars feature a thermostat that is integrated into the entire housing, making it impossible to replace the thermostat on its own. As a result, the part could be quite costly.

On some cars, the thermostat is installed incorrectly, necessitating several hours of labour, whereas on others, it may be replaced in under 10 minutes.

Check your car’s maintenance manual to see how much labour replacing the thermostat entails. You can also buy genuine used car parts for replacement.